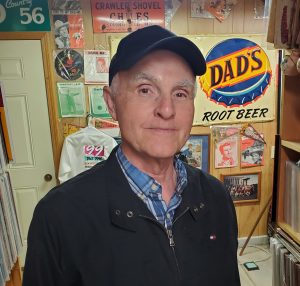 Wayne Glenn, the Old Record Collector, has donated his collection of over 100 recorded interviews that he conducted with various country music artists, primarily, from approximately 1986 to 2005.
The Digitization Lab of the Missouri State University Libraries plans to digitize the recordings, make transcriptions, create metadata, and make them freely available on the Internet.
Most of the interviews are on reel-to-reel tape, but a few are on cassettes. When the collection is fully processed and digitized, it will be known as the Wayne Glenn Interview Collection.
Here is a small sampling of the people Wayne Glenn interviewed:

The MSU Libraries thanks Mr. Glenn for this wonderful gift and for his ongoing support of local history, popular music, the MSU Libraries, and education at all levels.