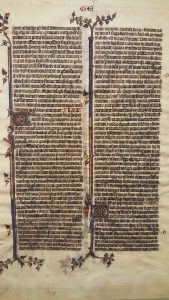 In Fiscal Year 2017 private giving to the MSU Libraries increased over 700% to nearly $1 million, compared to FY16. Nearly 1,000 individuals made donations in FY17 to the MSU Libraries. Gifts to the MSU Libraries include both in-kind gifts and financial contributions. A major contributor to this phenomenal year-over-year growth was the substantial in-kind gift from Pete and Sara Morgan of their world-class collection of military insignia. That gift will continue coming to the MSU Libraries in FY18, and the grand opening for that collection will be held on Wednesday, September 13, from 3:00 to 5:00 p.m. on the Third Level of Duane G. Meyer Library, with remarks at 3:30. Other growth areas in FY17 included the Karen Horny Library Fund, the Parent’ Library Collections Endowment, the Fraley Family Rare Books Endowment, the fund to support the Ozark Jubilee Digitization Project, and many more. The Capital Campaign for the MSU Libraries is gaining momentum, too. Every gift helps the MSU Libraries to advance and to better serve students, faculty, staff, researchers, and members of the general public.