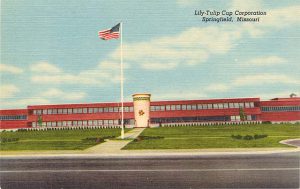 The new editorial and production team for OzarksWatch Magazine, a twice-yearly serial publication of the Ozarks Studies Institute (OSI), part of the MSU Libraries, is now in place.  In August Rachel Besara, our new Associate Dean of Library Services, will become the Editor of OzarksWatch, as well as Director of the OSI.

Susan Croce Kelly will become the Managing Editor. She has been a newspaper reporter in Springfield and St. Louis, an award-winning columnist in Texas, public relations executive in St. Louis and Chicago, worked in Belgium and England, was founder and publisher of Ozarks Magazine, and has been president of her own corporate writing business for the past 20 years. Kelly is also the author of two award-winning books about the early days of US Highway 66, and was the recipient of Springfield’s John T. Woodruff Award in 2015.

Nathan Neuschwander will continue as the Design Editor. Tom Peters will become the Executive Editor. The target month for publishing the next issue of OzarksWatch Magazine, which probably will contain several articles about the upcoming bicentennial of Henry Schoolcraft’s perambulations in the semi-alpine region now known as the Ozarks, as well as other articles and features, is November.