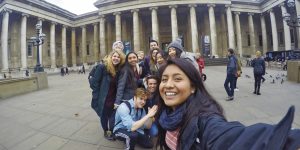 The Chronicle of Higher Education recently ran an article by Shannon Najmabadi on what 21st century academic and research libraries are beginning to look like. Long-term print retention solutions are being implemented, and new services, such as Genius Squad counters (for tech support), Scholar’s Labs, and more are being implemented. New types of events are being held in libraries, such as job preparation nights.

“Now, with information always a few taps away, libraries have had to carve out a new niche. They’ve done so by pivoting away from books and toward supporting students. Institutions across the country have moved books off-site to make way for study spaces, “Maker” labs, and nap pods.”

The article also has gained attention because some readers have noted that all but one librarian interviewed and quoted were males.