Because the Missouri State University Libraries will be leaving the MOBIUS Library Consortium at the end of June, a new LSP (Library Services Platform), new agreements for some e-resources, and a new courier service are being chosen, finalized, and implemented.

The MSU Libraries is in the process of entering into an agreement with MALA (Mid-America Library Alliance) to provide courier services for physical information materials, such as books, for FY21, beginning July 1, 2020.

According to the MALA website: “Located in Independence, Missouri, the Mid-America Library Alliance (MALA) is an active consortium consisting of nearly 900 libraries or library systems in eight states. MALA was established in 1978 as the Kansas City Metropolitan Library & Information Network (KCMLIN) with a mission to “develop, coordinate, promote, and share information resources and facilitate professional development.” MALA offers interlibrary loan courier delivery service, professional development workshops and consulting, and discounts to a variety of conferences and events.” 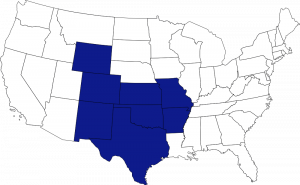 Henry Services, which has a hub in Springfield, is the actual courier provider used. MALA also is the courier service used by the University of Central Missouri, which left the MOBIUS Library Consortium last June.