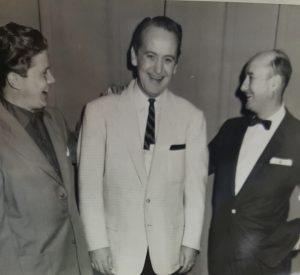 Over two and a half years into the Ozark Jubilee Digitization Project, a collaborative project with the UCLA Film and Television Archive, demand for these digitized kinescopes of the popular Fifties live ABC-TV national broadcasts, which originated from Springfield, remains strong.

To date, 13 dates have been uploaded, and more are being prepared. Some exciting new developments are in the works for the Ozark Jubilee Digitization Project. Keep reading Library Notes for future announcements about this exciting project.