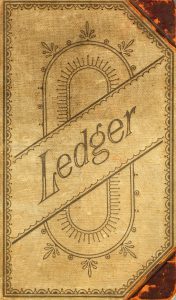 The Brotherhood of Locomotive Engineers (Ozark Division No. 83) Collection (LA 2) contains material from the very first labor union in Springfield, Missouri. It was awarded a charter in 1871, eight months after the first train arrived on the new extension of the Atlantic and Pacific Railroad (which would become the St. Louis and San Francisco Railroad, or “Frisco” Line).  The line would have arrived earlier but was delayed by the Civil War.  Because the train depot was built 1.5 miles north of the Springfield city limits at the time, a new town (North Springfield) formed around the budding railroad industry.  The two towns would not be consolidated until 1887. The B.L.E. agitated for an eight-hour workday, improved wages, and better working conditions. Because insurance companies considered railroad work “extra hazardous” and often refused to issue policies to locomotive engineers, the B.L.E. also provided insurance to its members. The majority of this collection consists of minutes and membership dues payment records, all of which have been digitized and are available online.