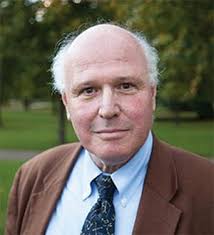 2017 marks the centennial of America’s official involvement in the Great War, now known as World War I. On April 6, 1917, after the Zimmerman telegram was intercepted and made public, in which Germany proposed to support Mexico in its attempt to regain territory in the southwestern U.S., and after seven U.S. merchant ships were sunk by German torpedoes, the U.S. Congress declared war on Germany. Next Wednesday, April 5, at 6 p.m. in the Fox Theater, owned and operated by the History Museum on the Square, Dr. Jay Winter, the Charles J. Stille Professor of History at Yale, and a noted and prolific scholar on the War to End all War, will be speaking about the revolution of violence during World War I. This event is organized and funded primarily by the Springfield-Greene County Library District, with support from the MSU Libraries and other cultural organizations.