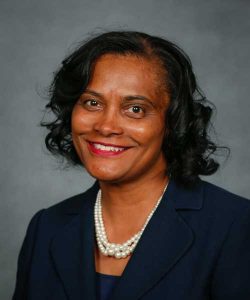 Dr. Grace Jackson-Brown, Professor of Library Science at Missouri State University, and Dr. Deborah Robinson, Research Investigator at the Institute of Social Research at the University of Michigan, were notified last week by IMLS, the Institute of Museum and Library Services, that their grant application had been funded. Under the auspices of the Black Caucus of the American Library Association, the proposed research, which Dr. Jackson-Brown and Dr. Robinson co-wrote, and which they will co-direct, A Taxonomy of Black History Month Programming in Public Libraries, was awarded $99,934. The grant was awarded in the National Leadership Grant for Libraries Program, Lifelong Learning Category.

For this IMLS-funded project, the Black Caucus of the American Library Association will explore the current state of Black History Month (BHM) programming offered at public libraries to identify gaps and opportunities for improved national programming. While virtually every public library across the U.S. conducts some program during BHM, there has never been a systematic study to assess the content, scope, target age groups, and focus of that programming. This planning grant will bring together partners from key American Library Association Divisions and Offices, the Association for the Study of African American Life and History, the University of Michigan’s Program for Research on Black Americans, and other experts in the field to explore and catalogue current BHM programming. It will result in:

National Leadership Grants for Libraries support projects that address significant challenges and opportunities facing the library and archives fields and have the potential to advance theory and practice with new tools, research findings, models, services, practices, or alliances that will be widely used. The National Leadership Grants for Libraries program received 155 preliminary proposals requesting $40,299,262. Eighty-one projects were invited to submit full proposals, and of these, 38 projects were awarded $9,986,563.